Three dreams to share. The first is, once again, from my beautiful friend Maryann; the second two are mine. 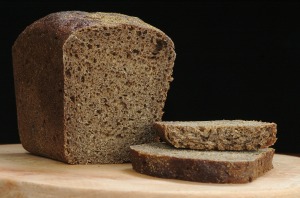 In Maryann’s dream, which was several months ago, she found herself at my house, on the bedroom level. “You and Mark were both working, doing something separately in your house. I could hear you both moving around wherever you were. I talked to Mark, but I remember hearing him more than seeing him this time. He was cheerful, hungry, and asked for 2 pieces of buttered toast. I went down to the kitchen, sliced bread, made toast and carried it on a plate back upstairs. When I returned, Mark wasn’t in sight but I could hear him moving around somewhere. I had the sense not to interrupt whatever he was doing. I put the plate of toast on the desk in his room and turned to leave.”

And she woke up.

It was very vivid and powerful but she wasn’t quite sure why. What she didn’t know is  Nancy had brought us half a fresh-baked loaf of bread a day or two earlier, and it was sitting in front of our toaster. Steve and Sarah had sliced off and enjoyed a few pieces of toast from it.

A few weeks later, I had a very clear dream where Mark (finally!) made an appearance. It had been a long while.

Steve and I went to our neighbor’s house, across the street, but the house was of a different construction than their real home; this one was built into a hill, with a garage at street level and the house above. We walked up the driveway, in through the garage and turned right, into a small rec room kind of space. Looking ahead, I could see our neighbor and his daughter in another room, and they were grinning, like they had a good secret. The next thing I knew, Mark was walking out the door toward me, coming from that inner room.

He was perfect. That is the best way I can describe him – absolute perfection. His skin, his hair, everything was so, so beautiful, almost glowing. I grabbed him in a hug. “You’re ALIVE! You’re ALIVE!” Pat-pat-pat (I am always feeling him, patting his arms, his waist, his shoulders). Yay yay yay!

And then I sort of reeled back, as I recognized the adjustment in my entire self, my psyche, this new truth required. “Wait, wait.” I put my hand on his shoulder and pushed him back, and kind of leaned over, a bit dizzy. “It’s been so long! It’s going to take me a minute to wrap my head around this.”

When I looked up, he had moved and was sitting down, next to a table full of food (what a common theme in my dreams – always a buffet, and Mark is never far from it). He looked at me with benign puzzlement, like “what are you talking about?” And: I got kind of angry. I was irritated, hurt. How could he not know or at least recognize what we had been through? How I felt?? “It’s been two and a half YEARS, Mark! We had a FUNERAL! Do you have any idea what it’s been LIKE?” I sort of got in his face, and he seemed to not get it at all.

And I woke up.

Thank God for my grief group. All compassion and understanding. They helped me realize – because I shared the dream, and that I felt bad about my reaction to the clearly miraculous visit of Mark! – that I am not a terrible person, just a mom still processing my grief. And, perhaps, this is a reflection of my difficulty with God, with believing that He does know, is aware of what we are enduring, the pain and loss and struggle.  I just hoped to get another opportunity, to have a dream with a more positive interaction with the son I miss so, so much.

Fast forward to the present, to early June. I am sitting in Sanibel, on my balcony, avoiding the intensity of the midday sun.  I had the following dream last week, while Steve and Sarah were with me (yes, this time I have invited my people to my Happy Place. This second week of solitude may be my last solo vacation for a while).

In my dream, I had been out running errands, preparing for a big dinner party.  We had rented a vacation place, where the front door opened directly onto stairs headed down to a lower level. I had a bunch of shopping bags; I was wearing a sundress. As I stuck the key in the lock, juggling the bags, our cat – Jack – nudged in around my legs and entered the house at the same time. Mark had come up the steps when he heard the door and I was not totally surprised to see him. He was so excited to see the cat – “Jack!” – and chased him downstairs as I followed. It was understood – again, this is a very common theme for me when I dream of Mark – that he had been away at school, but was home on a break.

As I entered the lower level I saw a large round table with many place settings already laid out. Mark had moved to the other side of the table and I thanked him and Sarah for getting all that done, and started putting things away. I noted two vases of flowers on the table, with the stems sort of thrown in haphazardly, and smiled to myself at his male inability to arrange a bouquet, but giving him points for trying. And then I was like, “Wait! C’mere!” because I realized we hadn’t hugged yet. And he came around the table, wearing his hoodie (the one I now wear just about all winter, with his sweatpants), and we embraced tightly, my head snugging in under his chin (oh, he’s a little taller now!), my cheek on the slightly rough cotton fabric covering his chest. I looked up at his face – more chiseled around the jawline, more mannish than I remembered. And I told him how much I miss him, how much I love him, how he added to my life. Wiping away my tears a little defensively, I said, “I mean, I know YOU’RE FINE, and I’m FINE, really, but still…” And he, just a little bit serious, nodded with understanding. “I know, Mom.”

There is more – I asked him to tell me about school and he was showing me how he is an apprentice of sorts, learning how to be a mediator for student disputes. The issue at hand was that a student had a pet goose that was smelly and messy (pooping everywhere), and the student didn’t want to give up the goose, but as the lead mediator (Mark was watching) calmly explained the facts, the student came to his own conclusion that a different pet was a better choice.

And then the dinner party began and the guests were an amazing variety of people that included my MIL’s good-friend-in-dementia, Betty Jo, accompanied by a ruddy, handsome older man that was, perhaps, her deceased husband.

All I can do is accept the mystery.

3 thoughts on “On Buttered Toast and Process”