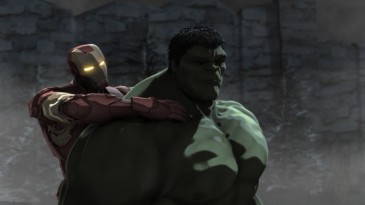 This is one of the entries I hesitate to share. It’s not particularly…flattering. I am encouraged, however, by a few who claim they’d rather read what’s true. OK. (Ugh).

I could say I’ve never thought of myself as weak, and that wouldn’t be true because some situations turn me into pee-colored Jell-o™.  I could say I’m a bit of a coward, one to shy away from conflict – and although that has been true at times, it is not always true; I’ve waded into some pretty terrible, dark places, to be with people I care about. I’m guessing most people would, in fact, describe me as “caring” and “strong” (especially since Mark’s death; I think the average person thinks the fact that bereaved parents can walk upright, ever, is phenomenal). I guess what I am saying is that – overall – I’ve thought myself to be reasonably sturdy and not given to dark extremes. So the fragility imparted by great grief has come as an unwelcome surprise, as has the rage.

Sarah loves the Marvel movie series (Captain America, Hulk, Iron Man, Thor, Hawkeye) and is determined to re-watch all of them prior to the release of the next Avengers movie this summer (when ALL the characters are together). So we’ve been doing that over the last several weeks (yay for snuggling on our too-small couch again). The other night, we were watching Iron Man 3, and it made me think.

END_OF_DOCUMENT_TOKEN_TO_BE_REPLACED

It may be that you, personally, do not need to read this post. If you are someone who already feels, in your soul, that you are loved – even in spite of circumstances, or your feelings – then it’s OK to skip this one. Plus, TBH: it’s kind of long. Sorry.

I am writing it because I recently recognized a kind of human crisis, one not limited to those who grieve. I was on a faith-based Facebook page and was completely surprised at how many of those commenting there (these are religious people!) said they do not feel loved or loveable; they are more likely to feel condemnation and judgment instead of grace and forgiveness. That God would feel delight, joy about them, His creation? Pffft. Nope.

Why? Isn’t it hard enough for us to live, in our messy, gritty reality, in our humanity, without feeling there is a divine scorekeeper also watching…and finding us lacking? Why is it that the whole “God so loved the world…” thing has gotten lost?