As the days of December shortened and the nights grew longer, Mark appeared in my dreams a few times. I have always been a vivid dreamer and it had bothered me that he’d only shown up two or three times up to this point.

I was always glad to see him, as hard as it was to wake up afterward; because my subconscious was still in denial, still unable to accept his death, I generally woke up believing – for just those moments before I was fully awake – he was still alive. In almost every dream I would exult over the fact that the last few months of pain and hell were “over;” I was so relieved that Mark was not actually gone. I remember, in one optimistic one, making lists of people I had to call, and figuring out what to say in my triumphant Facebook post, where I announced my son was ALIVE. I even went so far then, in my dream, as to figure out that some of my friends are not on Facebook and I would sit down to call or compose an email.

In one dream, I was in someone’s walkout basement, with a sliding glass door to one side, and the wall in front of me covered with built-in cabinets housing the TV and other electronics. I heard “thump –thump -thump” – the sound of Mark coming down the stairs, always – and there he was, smiling and slightly out of breath. So Mark. He said he was sorry he was late…there was an implication that he had been helping a friend. And he said, “I’m all done playing video games now!” At my look of wry disbelief, he gave his usual Mark smile.

Just before New Years, I had a dream where I finally got to really hug him. In fact, I hugged him so hard – and he hugged me back, I could feel the shape of his body, the rib bones flexing – that he fell off the chair he was sitting on (in front of his computer, of course), and I fell with him…we wouldn’t let go of each other. I woke up just as we were about to hit the ground. Every ounce of longing I had bottled up inside me — it’s been so long, God, so long since I got to touch my son! — had spilled into my subconscious. And yet it felt so real.

Andy reported a dream within a dream, where Mark approached and said, very seriously (which is not like Mark at all), “Everything has a deeper meaning.”

What are dreams? Honestly…I think they are more than cranial housecleaning. Some of my dreams have enlightened me; some have warned me. I’ve flown in my dreams, too. These dreams with Mark — I feel they are a gift, however temporary, however fleeting. 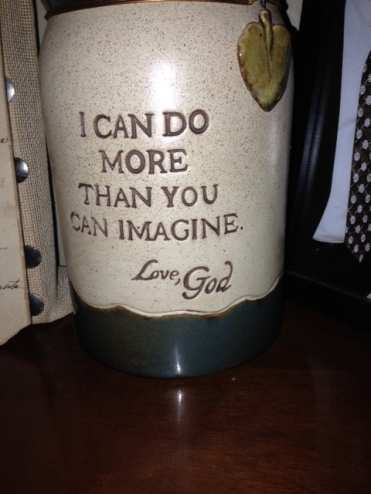 It’s so weird. I keep finding dimes. And pennies. But mostly dimes. And a couple other people have mentioned this as well. I recently found one in the bottom of my bag full of face-painting stuff; a friend found one wrapped up in tissue paper with a Christmas ornament she’d received from us, as she unpacked her holiday decorations last week. There was one outside our grief counselor’s office recently…another waiting in the change dish at Safeway, left behind by a previous customer. I put them all in a jar from our friends Lynn and Bryan.

Turns out ten is an important number, signifying perfection, completeness.

Wasn’t that the word Mark kept saying in that video – the one shown at his memorial service? “Perfect.”

But TBH: there’s also a part of me that’s reasonably pissed off… that I should be oh-so-happy, grateful for these little…signs? God…yes, I’m so hungry, so needy, so desperate that I am grateful, I do experience some joy, a lifting of my heart every single stinking time. But there is that lingering scab that I cannot help but continue to pick. Where was God on October 8th? Mark should not be dead in the first place. Why are we left here in the wreckage, combing the debris for clues?